The real nightmare is NOT having writer’s block

My new book, Hack Into Your Creativity, is a resource for writers in all kinds of ways. It’s an idea generator, a source of encouragement, a guide, and (if you look closely) a hint at the fundamental universal structure that underpins every memorable story. I also wrote it to be an antidote to something that plagues authors the world over: writer’s block. I collected energetic, thought-provoking, and even controversial story sparks that can unlock anyone feeling stuck in the morass of writer’s block. But simply noticing writer’s block and giving a person something to write about is only part of the picture. I happen to have a slightly different take on what writer’s block actually is and what writers can do to address it in the long-term. Agree or disagree, I’m betting you haven’t quite heard this interpretation of the idea.

Writer’s block comes in all different shapes, sizes, and magnitudes. It’s that crippling feeling that you just can’t move forward, that your fingers are in literary quicksand and you have no idea how to get out. If feels like you’ve hit a brick wall and every move you make to get around it just isn’t working. Regardless of your particular brand of writer’s block, I think this safely summarizes what it feels like.

But the problem is that when we talk about writer’s block we make a huge—but hidden—mistake. We notice we have writer’s block and jump to what seems like the logical next step: how do I get out of this terrible situation? What can we do? Clean our room? Check. Make a fourth cup of coffee? Check. Take a shower? Check. Do those errands that suddenly seem so important? Check. In other words, do anything to distract ourselves and to avoid feeling the crushing pain of this block. But this implies a massive assumption that I think is wrong. And the assumption is that writer’s block is a bad thing. I don’t believe it is. Writer’s block is not a bad thing at all. In fact, it’s incredibly helpful. Let me explain.

Writer’s block is the sensation that you can’t move forward. It’s like the gas gauge in a car that tells you you’re out of gas. Is that a helpful gauge? It absolutely is! In fact, the real nightmare in a car is not having a gauge to tell you that it might be a good idea to fill up before you drive out to the desert. For an author, writer’s block is the gauge that tells you your tank is dry. Without it, you might be blissfully writing endlessly, unaware that what you’re writing makes no sense and is unconnected to anything in particular. We need writer’s block. And we should be alert enough to be thankful when it happens to arise. It’s an indicator and it’s indicating something critically important.

Ok, so writer’s block isn’t so bad, but does that mean we should we just let it have its way? Of course not. We must listen to what it’s telling us in order to move past it. And it’s most often telling us one of three things.

First, writer’s block is often telling us that we’ve reached the limit about what we know about a given subject. Say you’re writing about an archaeologist making the discovery of her life in The Valley of the Kings. Maybe you’ve exhausted everything that you already know about this potential scenario, its details, and its possibilities. Completely understandable. So what does this tell you? You need to do research. Find out as much as you can about this topic. Pick up a book, an article, a journal, or pop on a reliable a website and find out the newest insights and scholarship associated with this field. You’re not supposed to know everything about everything. And writer’s block is telling you it’s time to hit the books.

Second, realize that sometimes in order to move forward, you have to move back. Writing is not always a linear process. In my story workshops I talk extensively about promises, promise-making, and promise-keeping. It’s often the case that the reason you feel blocked is because you’ve harvested all the promise seeds that you’ve planted. In other words, the road stops because you haven’t laid out any more road ahead of you. This is perfectly normal, and reminds us that writing is a process, not something you sit down and do one time without revision. So moving forward very often means moving back first and asking questions that you can then move forward and answer. Again, this is an extremely useful insight to have.

Third, I have seen writer’s block arise time and time again with my students and my story coaching clients because of unawareness of the universal story structure. There is a core structure that underpins all memorable stories. Just like a house, the end product takes many different shapes and sizes, but the architectural rules about how to build a sound structure remain consistent. The same is true for stories. Many people I work with experience writer’s block when they have an amazing set of puzzle pieces but with no idea how they fit together, what’s missing, and where the overall picture might be headed. So the concrete, pillars, wood, insulation, and roofing are all ready to go, but how they connect is unclear. It’s inevitable that writer’s block will arise in a situation like this, and the remedy is understanding the genius of the universal story structure.

In the end, writer’s block may be annoying, but it’s wrong to simply see it as something you can be passively “captured” by. It’s a sensation that’s trying to tell you something. And it’s often trying to tell you that you need to do research, need to look back, or need to recognize the structural patterns that underpin all stories. One of the things I love most about Hack Into Your Creativity is that it encourages you to do all three under the guise of being simply a collection of story starters. There’s more going on. And the adventure of being a writer is discovering just how it all relates to you. 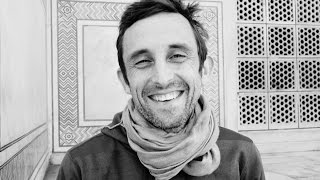 Michael on being a writing coach

My newest book: The Best of Tall Tales

An Interview with Michael Burns

The secret to storytelling

The real nightmare is NOT having writer’s block

Hack Into Your Creativity

Michael on being a writing coach

My new book published by Penguin